If you want to buy a home in an up-and-coming neighborhood, then you should look out for an area undergoing gentrification. The following are some of the telltale signs to watch out for.

Gentrifying neighborhoods often experience lots of construction projects. The constructions include both new buildings and the renovation of existing houses. It also includes both residential and commercial properties. The construction boom is usually spurred by property investors looking to cash in on the gentrification, new businesses looking to set up shop in the area, and the influx of new residents.

Gentrification involves an influx of wealthy businesses and families. As such, it makes sense that they will be willing to pay higher rents and buy properties at higher prices than the neighborhood is used to. The increased demand for housing in a gentrifying area also contributes to the increasing property and rent prices. Thus, you should suspect that an area is gentrifying when you notice a steady increase in rents and prices for properties.

Middle-class or wealthy neighborhoods tend to have better transportation networks than low-income neighborhoods. In a wealthy area, the roads are well maintained, public transportation is efficient and reliable, and there are well-maintained bicycle paths and footpaths. Thus, if an area that used not to have such standards starts to improve its transportation system, it's likely that the area is gentrifying.

The Disappearance of Government Housing

Low-income neighborhoods often have government housing to help those who cannot afford their own places. When such a neighborhood transforms to a middle-income area, however, the low-income earners are often replaced by those who can afford to pay their rent or buy their hoses. Thus, the gradual disappearance of subsidized housing is another classic sign of gentrification.

For many people, the true sign that a neighborhood is gentrifying is the influx of hip and trendy stores and establishments. These businesses know where their customers are headed, and they sometimes set up shop even before the customers arrive in numbers. Examples of such businesses include upscale grocery stores, yoga studios, breweries, health-conscious retailers, and vintage clothing stores.

Lastly, you should also suspect that an area is gentrifying when you see some local businesses expanding, mom-and-pop stores disappearing, and new businesses establishing their roots in the area. Most businesses only expand after they have done their homework and confirmed the expansion will be worth it for the foreseeable future.

Contact a local real estate agent for more information on buying a house in a gentrifying neighborhood. 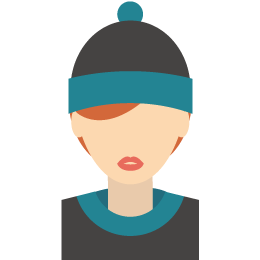 A couple of years ago, I started looking for my forever home. Unfortunately, I haven’t found it yet. But, at least I know what I want. I desire a brick home that has at least four bedrooms and three bathrooms. I also want a house with two separate living spaces. I adore homes that have both a formal living room and a casual family room. Because I work from home, I need a home office. I also want upscale finishes in my future new house. On this blog, I hope you will discover helpful tips for finding the home of your dreams. Enjoy!